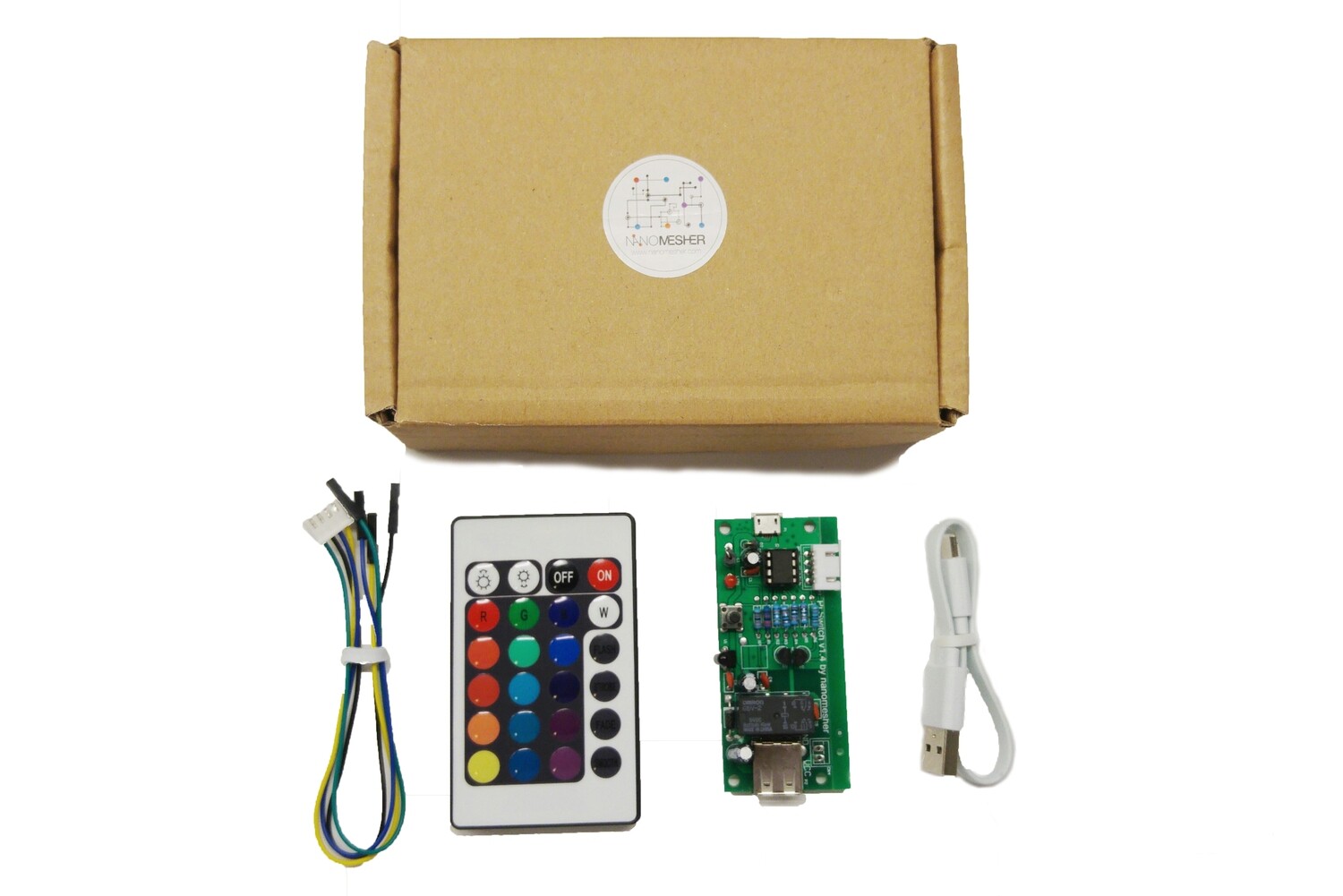 This is the Hackable Raspberry PI Power switch which has been successfully funded and deliveried via Kickstarter in April 2017.

Reviewed and rated 4 out of 5 by Official MagPi, this neat little board from Nanomesher adds a programmable power switch to your Raspberry Pi A+/B+/2/3/Zero/Zero W, which can be controlled by a single button or IR remote! The Hackable Raspberry Pi Switch features an on board removable Attiny85 Arduino Development MCU, which means the switch is both Smart and Hackable! Note that Raspberry Pi is not Included

Save this product for later
Display prices in: USD